Tom Angelripper from SODOM: “Thrash bands will always be the strongest part of the international metal scene”

German thrash metal legends SODOM are coming to Lithuania on April 15th, 2006. This along waited event by crowd of metalheads here made me ask SODOM’s leader Tom Angelripper a couple of questions. Let’s look what he said…

Hello, Tom! First, in the name of all metalheads out here, let me thank you for the coming to our land. Many of us are waiting for SODOM show in Lithuania since early 90’s. So how has the idea of touring in the Eastern Europe, including the Baltic States, came to you? What are your feelings about performing in these countries for the first time?

Yes, you are right, I am very glad to get the chance of touring in your country for the first time. A friend of mine, his name is Conny, had the idea to make this small tour and also promoting his band called FATAL EMBRACE. I always try to support smaller bands like them who keep the metal spirit of the 80′s. I think we have a lot of Sodomaniacs over there and now the time is right for Sodom !

Well, the next question I just have to ask. What do you know about Lithuania? And overall, do you have time to learn about the countries that you’re on tour to?

I don’t know very much of Lithuania, its also very sad that we never find the time during a tour to learn more about the countries, their people or their history, but we are always satisfied to meet new friends, and to be a part of their metal scene for a while.

Ok, let’s move on to music. At the end of April SODOM’s new album “Sodom” is coming out. What metal listeners can expect of this self titled record? Could you compare it with the previous SODOM works? Or maybe there are some surprises for the fans prepared in “Sodom”?

It’s the best and most typical SODOM album ever. We also chose the title cause the band SODOM in the current line up with bernemann and Bobby is together now for ten years! The big difference from other albums is that we have more classics, more songs that go straight to your ear and straight to the point. You will like it!

Thrash is one of founding genres of metal. But, I guess, you would agree that now it’s not living its “golden age”? I mean, it’s not as much cult as it was back in 80’s. Do you have your own version why thrash lost its grip in the metal scene? How would you picture the future of thrash metal? Are thrash metal stars, like SODOM, KREATOR, DESTRUCTION, SLAYER, EXODUS, the last Mohicans in the scene?

No, but commercial so-called “metal” bands get very successful at the moment. Still, they and also the magazines and companies forget what the meaning of heavy metal is. Thrash bands like us always try to keep the spirit of the 80’s, and thrash bands never give up cause this is our live. I hope that the new generation of fans gets more interested in older historical bands like us. We have influenced hundreds of modern bands and that makes me proud a little bit. Thrash bands will always be the strongest part of the international metal scene.

Have you heard that some death metal bands in the world point SODOM as one of the inspiration bands? So what do you think of metal styles like death, black, doom that came after thrash? Are you familiar with some bands from these scenes? Maybe you even have some favourites?

Yes, that makes me glad, but I am not so much involved into the death and black metal scene nowadays.

SODOM toured almost the whole world. So tell me, which country’s fans are the best for SODOM? :) And, by the way, what country would you like to play in that you still haven’t played?

I think that fans outside Germany are still hungry to see metal bands and they get enthusiastic when SODOM is in town. SODOM has always been a band who did the first step in some foreign countries. I know that we have fans all over the world and we have to try everything touring over there. we never played in Australia and Africa, that would be a dream. In some other countries like Israel or Palestine we never played cause of the political system, it could be very dangerous!

Oh, maybe you remember any odd or funny incidents during SODOM tours? Could you share some memories with us?

So much has happened… too much for this e-mail interview. I talked about these adventures during the interview sessions we made for the DVD.

Let’s talk a bit about yourself :) I’ve read somewhere that music is the best job for you and you’re glad that you can live from making music. But what would Angelripper be if the musician’s career wouldn’t be that successful? What would be the second best job for you? :)

I don’t know, maybe I would be still working in the coalmine, where I was from 1980 until 1989. But don’t want think about it, cause this current jab as a professional musician is my dream job.

Tom, I’m sure everybody knows your feelings towards beer :) So I can’t escape the question about it. How many (approx.) kinds of beer has Tom Angelripper tasted? What is your favourite brand at this moment?

I tasted o lot of different beers in Germany and outside, but German beer is the best and the most tasteful. My favourite is a special dark brewed beer called DIEBELS ALT.

Have you heard anything about Lithuanian beer? Are you going to try some local beers during your visit in this country?

Yes, I will taste it but I have heard nothing about it.

ONKEL TOM is the band that is almost as much famous among Lithuanian metalheads as SODOM. In one interview of yours I read that you’re not performing SODOM songs during your shows with ONKEL TOM because some people might not be prepared for that. But what about vice versa? I mean, maybe Lithuanian metallers still have a chance to hear a couple of ONKEL’s schlagers on Vilnius gig? :)

You have to realize that these are two different bands! We’ve played one or two ONKEL TOM songs during a SODOM show in the past, but I cannot promise that we’ll do it nowadays. We played in Russia with ONKEL TOM some month ago and it was great. So it would be a pleasure for ONKEL TOM band to perform at the best drinking metal show in your country, and we are sure that you’d enjoy it!

And the last but not the least – few words to your Lithuanian fans.

I want to thank you for your support all over the years and hope to see you on tour soon ;).

Tom, thanks for your time and see you in Vilnius. Let’s thrash! 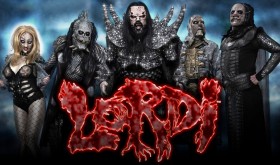 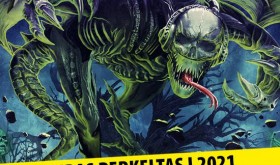 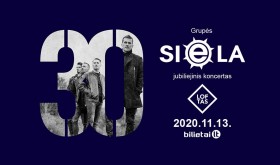 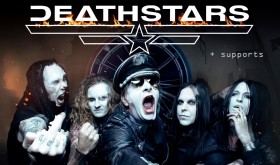